Discover The Benefits Of Arginine! 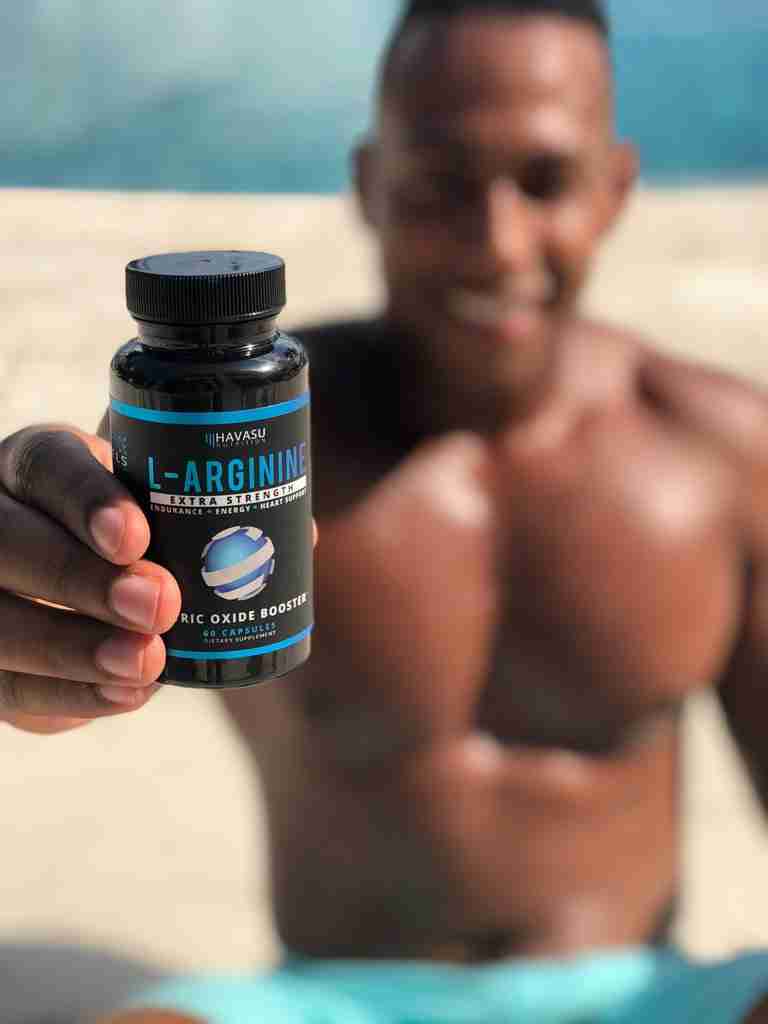 For someone who finds going to the gym a regular struggle, I’ve often wondered how people can stay buff, super fit, and just plain healthy.

I get tired very easily and simply doing crunches or planks is agonizing for me! I can just imagine how doubly difficult it would be for people to continue working out regularly, enough to build and maintain those muscles and that trim shape!

One such person I always think of when speaking of muscles and fitness is Thor of The Avengers. (Purely for science, of course. Ahem.)

You’ve seen him, right? I know he’s supposed to be a Norse god and all (though I doubt that accounts for the looks!), but what could he be eating to enable him to look that good?

I asked that same question while having dinner with a friend of mine and was playfully told, “It’s Arginine!”

That was a joke, sure, but you know what? He could be on to something!

Arginine is actually an amino acid that supports vascularity and muscle build-up. So for all we know, it could be Thor’s food!

Aside from its bodybuilding capabilities, Arginine benefits the body in many other ways—but we’ll focus on three of the most important ones later in this blog!

Do you know that our bodies naturally produce Arginine? Yes, we do, according to selfhacked.com! But only at very low levels. Not enough to maximize all that it can actually do—especially as we age when we experience a slowdown in bodily functions.

And this is why we need to supplement our current levels of Arginine regularly.

One of the ways we can increase it is via food intake. There are many sources of Arginine in food. This can be found in whole wheat, soy, raisins, nuts, fish, poultry, dairy, and even red meat, among others.

But there’s another—quite powerful—way to amp up Arginine intake in your body. Supplements.

But why Arginine specifically? As mentioned earlier, Arginine has many important benefits aside from its body shaping, bodybuilding properties. Let’s talk about three of the top ones:

It’s Good For The Heart And Blood Vessel Conditions. Arginine Helps Lower Blood Pressure And Aids Efficient Blood Flow And Healthy Circulation By Boosting The Production Of Nitric Oxide, Which Then Works To Loosen Up And Expand Blood Vessels To Prevent The Occurrence Of Blood Clots. This Can Lower The Risk Of Stroke, Hypertension, And Heart Diseases. A Healthy Supply Of Nitric Oxide Gets More Oxygen To Your Muscle, Heart, Brain, Lungs, And Other Organs. Practically Takes Care Of Your Entire System, Right?

Widely Used As A Sports Nutrition Supplement By Athletes And People Leading An Active Lifestyle, Arginine Promotes High Performance, Increased Vigor, And Intensified Pumps (During Workouts). Because It Supports Efficient Blood Flow, It Provides A Significant Boost In Your Energy Level, Builds Up Your Strength And Stamina, Allowing Shorter Recovery Time Against Fatigue Which Gives You Higher Chances Of Developing Pure, Lean Muscle. Studies Have Shown That L-Arginine Can Actually Reduce The Amount Of Oxygen Needed By The Muscles During Exercise. This Means You Don’t Get Tired As Easily. Indeed, Arginine Is Among The Fitness Buffs’ List Of Top Nutritional Supplements.

It Helps Kick-Start Your Immune System. Higher Levels Of Nitric Oxide Increase Your Body’s Immune Response; Activating Your Immune System To Take Action In Destroying Pathogens And Helps You Ward Off Sickness.

The better question is why not Arginine when it has everything you need to make you feel healthy, look healthy, and stay healthy!

Now, add a superior blend of two of the best forms of Nitric Oxides (Arginine HCI & Arginine Alpha Ketoglutarate) combined with Citrulline (a precursor to NO production), and an all-natural, no preservatives, chemical– and sugar-free formula—and you’ve got our very own Havasu’s L-Arginine supplement!

Check out our product page and get all that you need from an Arginine supplement—without the jitters! Want to talk about L-Arginine or Thor? Reach out to me here!   - Kendra

*The statements made in the above blog have not been evaluated by the Food and Drug Administration. This product is not intended to diagnose, treat, cure or prevent any disease. For more information on our health claims, please email support@havasunutrition.com.