Gummies For Dummies 101: The Tasty Basics 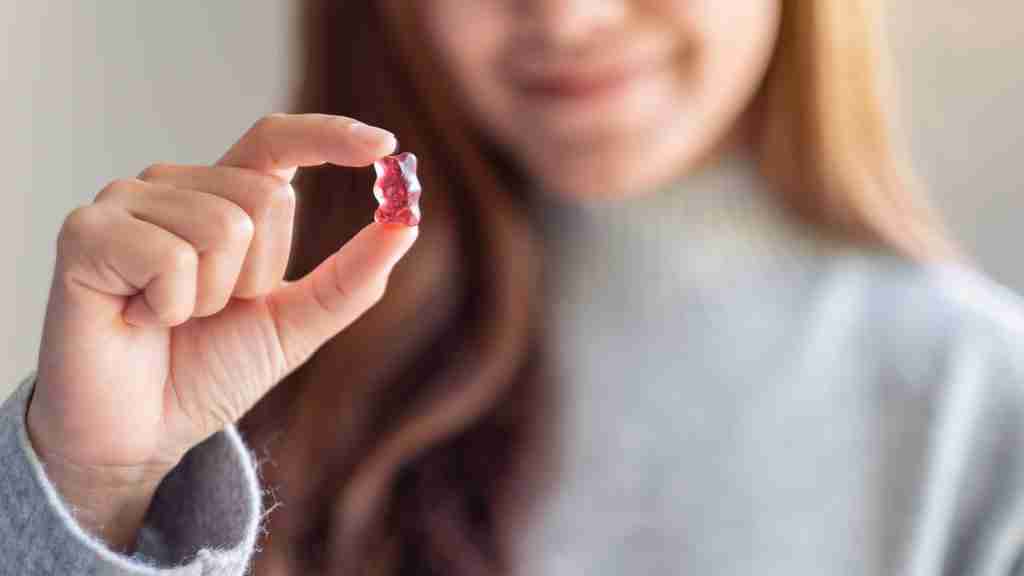 This year marks the 100th anniversary of the company that gave us a chewable delight that became so important, it grew from a simple sweet-tooth sensation into a crucial way for today’s health-conscious society to start each day with proper nutrition.

Let’s hear it for the Gummy! That is a pretty impressive and unexpected evolution, so we thought we’d start a Gummies for Dummies series here with some basics about this molar-mashable fact of life that entire families of chewsy people prefer more and more.

How It All Began: The Gods Of Goodness

You know Socrates and Aristotle had some serious sugary satisfaction to keep them going with all those thoughts they had to impart to future Earthlings. You know kings and emperors were feeling the rush of tasty treats while they conquered distant lands. 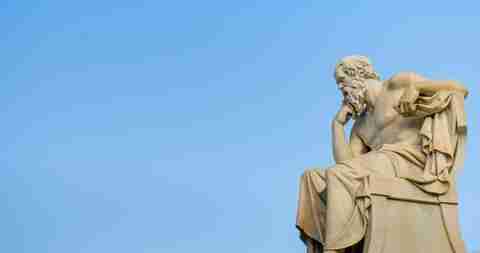 Looking at the road to today’s gummies, we have to start with the ancient Greeks and Romans. They especially looooooved baked goods sweetened with date juice or honey, sometimes laced with grape juice for a sugar high. There was probably an afternoon crash, so if you were a gladiator fighting lions over at the Colosseum, you would have given those goodies a thumbs-down (sorry, no energy gels yet).

Fast-forward to the Middle Ages, where it took a lot of beastmode to build all those cathedrals. Aromatic spiced breads and many kinds of gingerbreads were hits. In the 1500s, seafarers brought cocoa beans from Central America to Europe, and before long it turned into a refined ingredient to manufacture all kinds of sweets. Gummy candies have also been said to date back to Turkish delights and even Japanese rice candy.

Two key things happened in the 19th century on the gummy timeline of history. Sugar had been a luxury reserved mostly for nobility, but more people gained access when a new beet sugar production process took off and made (beet) sugar common for households. Then confectioners in the 1800s found that they could mix sugar with Gummi arabicum, the resin of an acacia tree. That raw resin was boiled with sugar and fruit and other flavorings to form the first soft gummies you could sink your teeth into. 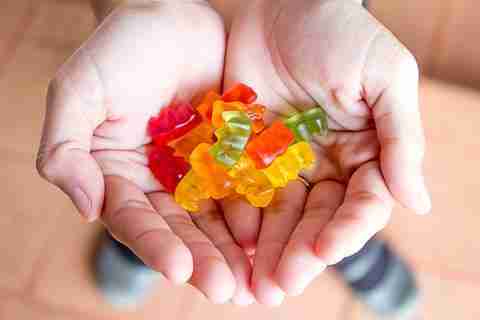 Hans Riegel knew all about this process and the public interest in it. He was born in Germany in 1893 and completed training as a confectioner after finishing school. Following World War I, he started his own company in Bonn and named it Haribo as an acronym of HAns RIegel BOnn. Riegel’s first factory started with a single sack of sugar, a marble block, a stool, a brick oven, a copper kettle and a roller. Hans married his wife Gertrud in 1921 and she became the first employee in his company.

The Riegels’ imagination was rewarded in 1922 when they invented the Dancing Bear. It was a bear-shaped figure made from “gummi” -- a word coined in Germany -- which would later be known internationally as the iconic Haribo Gold-Bear. Slimmer than today’s version, these Tanzbären were cheap candy treats inspired by trained bears that were a key part of festivities at annual markets and celebrations across a country trying to recover from wartime defeat and destruction.

“Kids and grown-ups love it so, the happy world of Haribo!” went the marketing slogan of Hans Riegel Jr., who along with brother Paul took charge of the company after their father died in 1945 and after both brothers were released from WWII Allied prison camps. Gelatin became that company’s ingredient of choice over arabicum, because, as the company explains, “this ingredient achieves a softer consistency and a more enjoyable chewing experience and flavor. Some gummi products are also made with starch.”

Pectin Generation: Gummies That Are Actually Good For You

Those chewable bears became popular in the U.S. in the 1970s when soldiers stationed in Germany brought back the multicolored treats for their families. Manufacturing in the U.S. caught on, and today they are omnipresent, whatever the maker. In fact, they became so popular in culture, there was even a Disney series, The Adventures of the Gummi Bears from 1985-91. Who can forget the girl who asked Principal Rooney at the end of 1986’s Ferris Bueller’s Day Off: “Gummy bear? They’ve been in my pocket. They’re real warm and soft.”

As with lyrical examples like that, spelling of the word morphed to gummy in the U.S., where yummy, tummy, mummy, dummy, bummy and rummy were in the lexicon and the one ending with an “I” was not going to fly here. Hence the Gummy Bears movie in 2018.

But as popular as the chewy bears became, now comes an unexpected twist to the story that has taken the whole concept of gummy consumption to an entirely different level and place in society . . . and remarkably it had nothing to do with tooth-decaying candy sweets. It had everything to do with the opposite: Gummy Vitamins.

Today, companies like Havasu Nutrition produce and sell vast sums of gummy supplements with the sole purpose of improving one’s health and wellness -- not for their craving of candy. But the familiar taste and texture you love is still a part of the fun. For example, you can find wholesome and all-natural products like Elderberry Gummies, Elderberry Gummies for Kids, Multivitamin Gummies, Multivitamin Gummies for Kids, Collagen Gummies, Omega + DHA Gummies, Apple Cider Vinegar Gummies and Probiotic Gummies. 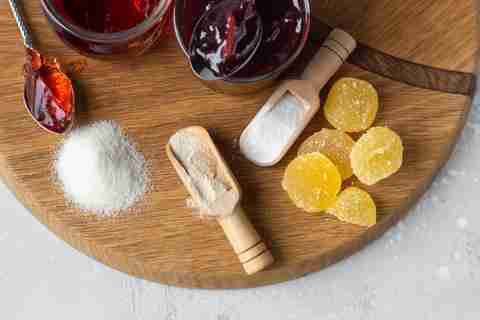 Best of all, plant-based pectin has become the ingredient of choice instead of gelatin for almost all of these, a sign of the times. Gelatin comes from bovine (cow) or porcine (pig) byproducts. Vegetarians and vegans make up a substantial chunk of the vitamin/supplement market, so gelatin is strictly out. Consider this text from Havasu’s Multivitamin Gummies page, as a typical example of modern gummy language: “Havasu Multivitamin Gummies are perfect for adults who want a tasty and convenient way to support their daily energy, metabolism and well-being. Our gelatin-free gummies do not contain any artificial flavors or sweeteners and come in three natural fruit flavors: Orange, Cherry and Strawberry. Made from only natural colors and flavors.”

Keep Dancing: The Gummy Boom Is On

According to Market Research Future (MRF) in its latest report, the gummy vitamins market size was valued at $5.7 billion in 2018 and is projected to reach $9.3 billion by 2026, for an annual growth rate of 6.5 percent. Gummies now dominate the multivitamin segment. If you’re like me, you pop at least a couple of these each morning. I start each day with two Elderberry Gummies and one Multivitamin -- negligible calories.

Gummy vitamins are chewable vitamins that improve health and can compensate for poor diet around the world, and they solve a big problem as well. According to Allied Market Research analysis, about 38 percent of American adults have difficulty swallowing pills. Another study in The European Journal of Clinical Pharmacology cited around 30 percent with such difficulty. Gummies also are good for those who dislike the taste of elderberry syrup or the fish smell in omega pills. 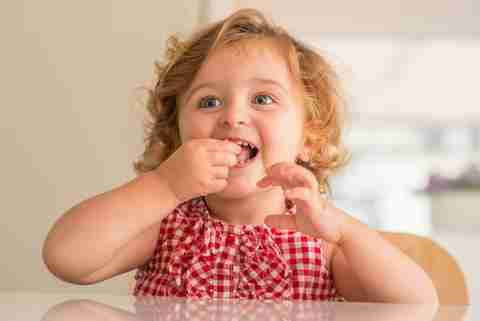 And, of course, for families who have children absolutely in love with this daily tradition. Children are leading the way with gummy vitamins. They’ll let you know when the bottle is empty. Yes, they probably are going to munch a Gold-Bear here and there, because they are human, but they also are learning at a young age to become health-conscious.

“The global gummy vitamins market will continue to thrive,” the MRF report continued, “amidst increasing consumer consciousness towards preventive healthcare.”