Women And The Battle With Hair Loss

Our hair plays an important role in defining who we are. How we choose to wear our hair, what color we decide to dye it, and its length are a collective reflection of our personality. For women suffering from female pattern hair loss, it can significantly impact our self-esteem and quality of life. But what if there was a way we might be able to promote hair growth naturally without expensive laser treatments or prescription medications?

If You Are Experiencing Female Hair Loss, You Are Not Alone 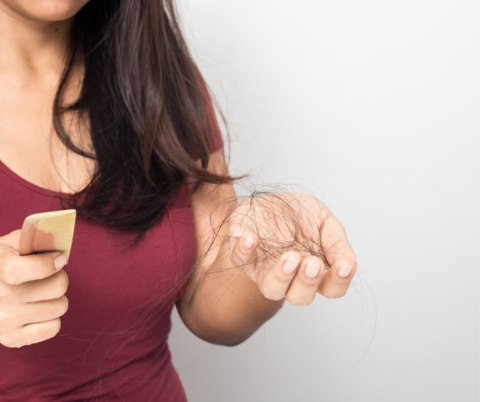 No woman wants to spend her time worrying about hair loss, but as many as half of all women experience it during their lives. Of those women, another half will notice thinning hair before the age of 40.

Men can get away with losing their hair and going bald while still looking dang good! Think Bruce Willis back in the day, Taye Diggs, Vin Diesel or The Rock.

For women, we don’t look so hot when our hair falls out. In fact, it’s the opposite. Losing our hair not only eats away at our appearance, but it also eats away at our soul and can have profound social ramifications on our self-esteem.

There have been times when I cried about my hair. I felt silly for it. I am a grown adult woman with a career, a husband and a child, but I found myself crying like a baby about my hair. I couldn’t help it, though. I was envious of the women around me who had beautiful, long, thick and effortless-looking hair.

With every strand that fell out, I felt like I was losing myself along the way.

What Is Female Pattern Hair Loss?

The most common type of female pattern hair loss is known as androgenic alopecia. Alopecia is another term for baldness. But unlike for men, where alopecia means a complete loss of hair, it also refers to thinning hair in women.

When Does Female Hair Loss Begin? 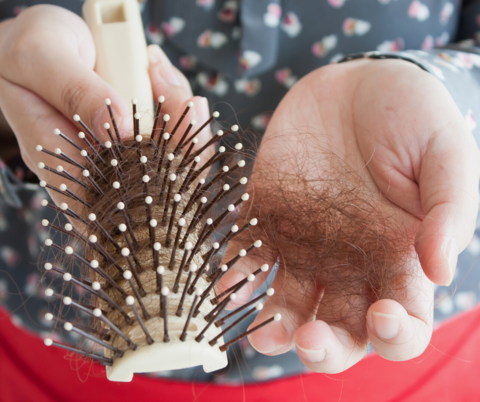 Women can begin losing their hair as early as their teenage years. When this happens, it is often a sign of a hormonal imbalance. For others, it slowly progresses over the years.

The signs of hair loss are usually subtle. It may be that you are noticing more hair in your hairbrush or your significant other is complaining that your hair is clogging the shower drain more.

More strands of hair are noticeable on your clothes. Ponytails don't seem to be as thick. And your hair seems more prone to breakage that it used to be.

Another sign includes noticeable patches of thinning or missing hair. Depending on the cause, female hair loss and baldness can appear in many different forms. Women tend to lose hair on their part or around the forehead area. But it can happen anywhere.

Causes For Hair Loss In Women 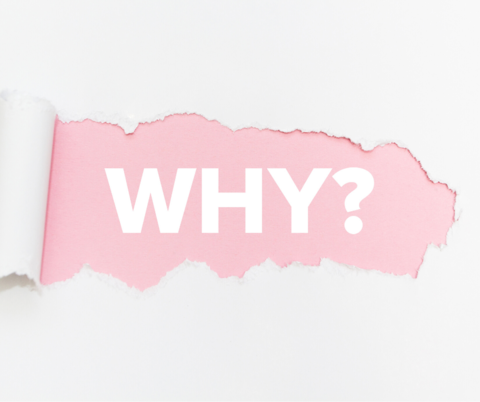 There are a certain number of factors that can cause female pattern hair loss.

It is normal for a woman to shed anywhere from 50 to 100 strands of hair per day. Between brushing and washing, it is going to happen. Anything more than that could be your body’s way of telling you something is off.

As part of the natural hair cycle, new ones typically take their place as strands fall out. Many women start realizing the hairs are gone and don't seem to grow back.

Most commonly, women who experience female pattern hair loss have high levels of testosterone. Science has gone even further and identified DHT (dihydrotestosterone), a byproduct of testosterone called androgen, as the cause of female hair loss. 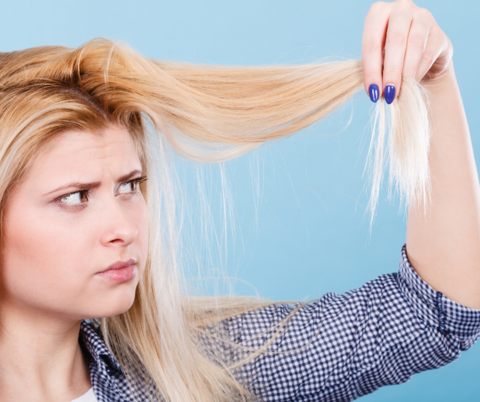 Both men and women are born with a certain amount of testosterone. For us ladies, it's responsible for bone and muscle development. When the body produces too much testosterone, it doesn't know what to do with the excess.

The androgen has to go somewhere and do something. So, the body is like, “Hey all of you excess androgens you need to be productive. Some of you go grow chin hair! You guys over there, make some pimples. And, the rest of you, well, go close up hair follicles.”

It's productive alright, but not in a good way.

Over time, DHT builds up in the hair follicle and can gradually thin the hair shaft. The hair is still there for a while, but it is getting smaller. Soon it becomes unpigmented and invisible to the naked eye. Sadly, there will be so much DHT that it will kill the hair shaft, and hair will stop growing.

Some ways to prevent female hair loss include not wearing tight ponytails or braids and avoiding the use of hair extensions. Repeated pulling of hair can lead to scarring and permanently destroy the hair follicle.

Reducing stress is one of the best ways to prevent hair loss and promote hair growth, even though it is easier said than done.

Pro Tip: Avoid eating refined carbs. It sets off a chain reaction in our bodies when we eat carbs. They produce insulin and that produces androgens. 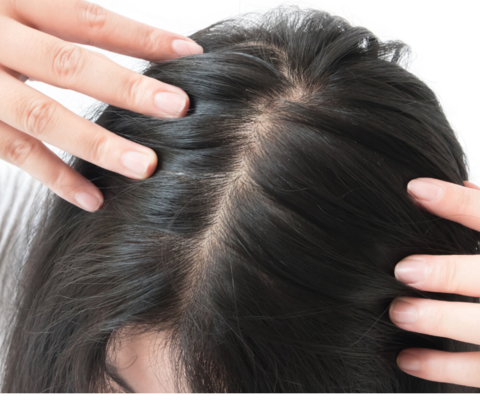 There is a limited amount of therapies available for women to treat hyperandrogenic alopecia. Laser therapy can be very expensive, with costs ranging in the thousands without guaranteed results.

Prescription medications are available but may come with adverse side effects.

Minoxidil is a topical medication used to treat female hair loss. Yet, it doesn't treat hair loss or thinning hair in women who have recently given birth, who experience sudden patches of hair loss, or who have unexplained thinning of hair.

That medication also has to be used twice a day and leaves hair oily-looking after it dries, making it stiff. It's almost impossible to brush your hair, and if you are lucky enough to run a hairbrush through it, expect to find some white flakes left behind.

What Is The Best Natural Supplement For Female Pattern Hair Loss?

A natural remedy for female hair loss is Havasu Nutrition Saw Palmetto. When we think of that supplement, older men who have to go to the bathroom a lot due to prostate issues might come to mind. While it is commonly used in men with BPH and low libido, Saw Palmetto might also benefit women experiencing female pattern hair loss due to excess androgen production.

Saw Palmetto works by inhibiting the enzyme 5 alpha-reductase, which is responsible for converting testosterone to DHT. As mentioned earlier, when testosterone converts to DHT, alopecia begins, causing the hair follicles to shrink. Men like Saw Palmetto because it inhibits DHT and thus helps fight male pattern baldness.

A 2012 study showed Saw Palmetto to be just as effective as Finasteride, a prescription medication for treating androgenic alopecia. While the study did use men, the causes of hair loss are the same for both men and women.

Other positives of using Saw Palmetto is that you might begin to notice some other benefits along the way. For example, hormonal acne begins to disappear, sex drive is increased, and it could help you lose weight.

Make sure to talk to your doctor before taking Saw Palmetto, especially if you are planning on becoming pregnant or taking other medications. Keep in mind that results happen slowly, so give it some time. It can take up to a year for new hair to grow to a noticeable length. No one is going to wake up with Rapunzel hair the next day, but there are natural ways to hold onto what we have. After all, it’s one of our mane concerns.